I'm a morning person, and I usually get up quite early. As a result, I'm the first person up in our house. Once I'm awake, I'll get out of bed, find my way to the ensuite to get ready, and once I've finished in the ensuite, I'll find my way back across the bedroom to the door to the hallway. I try and do this all without turning on any lights so as not to disturb my partner, who is still asleep. Unfortunately, avoiding turning on lights often means that this is a bit of a slow process. There has to be a smarter way.

Over the last year, I have been getting into home automation. This blog post explains how I've added home automation improvements to the ensuite to make my morning routine much more comfortable.

I have several objectives that I'm looking to achieve with this home automation project:

Before going down a high tech route, I did try and use a small battery operated motion-activated light in the ensuite to help get ready:

Despite being small and battery operated, this thing does emit a fairly bright warn-yellow light. It wasn't too bad, but I found it quite harsh on the eyes, and it didn't help to preserve my night vision when going back into the dark bathroom. I've therefore ruled out the option of using regular light bulbs with a dimmer switch.

Instead, I'm going to replace the standard GU10 lights in the bathroom with RGB LED GU10 lights and use them to emit a low brightness red light in the early morning to provide me with enough light to get ready whilst preserving my night vision. Red light is widely accepted as being a good way to protect night vision given that the human eye is less sensitive to the red colour spectrum:

"Rhodopsin in the human rods is insensitive to the longer red wavelengths, so traditionally many people use red light to help preserve night vision" - Wikipedia

In the rest of my house, I've used Shelly Dimmer and Shelly 1L devices to convert my traditional light switches into smart light switches. There are so many benefits of an approach like this:

I want to try and preserve as many of these benefits as possible with my solution for the ensuite.

I have a couple of Philips Hue Iris lamps in my home office that I use for ambient lighting, so the first obvious choice for changing the bathroom lighting is to replace the standard GU10 light bulbs with Philips Hue GU10 RGB LEDs.

The only downside with Philips Hue is that they can be a bit pricey, so I'm taking a bit of a risk with some Innr GU10s, which are supposed to be Philips Hue compatible.

I've avoided using smart bulbs in the rest of the house because I'm concerned that people will expect to use the light switch normally (like any other light switch). But, if someone turns off the power to a smart bulb at the light switch, it's no longer powered and becomes inaccessible to any automation that might want to engage with the bulb.

Whilst I'm trying to make the house smarter, I don't want to force people to change their instinctive behaviour of interacting with light switches and other standard functions of a home. As a result, expecting anyone in the house (especially guests) to use an app to turn on or off smart bulbs isn't a viable option for me.

I plan to do something a little bit different so that my smart lights will always be accessible to home automations and so that anyone in the house can continue to use the light switch the same way they would normally.

Instead of switching the live power feed, the light switch will use a Shelly i3 and an automation to toggle the smart bulbs on and off.

The Shely i3 is "the smallest WiFi action and scenes activation device in the world". The i3 has three inputs that can detect up to 24 actions and command other connected Shelly relays and sensors, or HTTP, MQTT or CoAP controlled devices.

I'm happy with the single con I have for this approach as the chances of this happening are slim, and this is the only room in the house with this limitation.

When the light switch is pressed, a home automation will be triggered. Based on the time of day, the automation will determine whether to light the ensuite bathroom normally or with low-brightness red light.

The goal with the extractor fan is only to turn it on when it is needed, based on the time of the day.

Extractor fans typically take a permanent power feed and a "switched live" connection that is connected to the light switch. When the lights are turned on, the switched live triggers the fan to turn on.

After the lights are turned off, the fan usually runs for a period of time. This is because the extractor fan is permanently powered, and the switched live is simply acting as a trigger to determine when the fan should turn on. The permanent power feed lets the fan run for a configured time after the bathroom has been used and the lights have been switched off so that the fan can do its job.

The relay will need to be placed between the switched live feed and the fan. Then, when the light switch is pressed, and the Shelly i3 automaton is toggled, the Shelly 1 Plus relay can also be turned on when I want the fan to be on.

Similarly, when the light switch toggles the i3 to an off state, I can turn off the Shelly 1 Plus relay.

I've added a number of automations to my home assistant setup to allow these devices to work together in the way I want them to.

The first task was to setup the Shelly i3. After connecting it my IoT WiFi network I was planning to set the i3 input to "Toggle" mode and have this trigger a webhook whenever the switch was pressed.

However, I found that the webhook didn't always fire in Toggle mode. So instead, I opted to use MQTT, which talks to Mosquitto MQTT Broker, which is already running in my home assistant setup. So far, MQTT has proven to be very reliable with the i3.

Once the Shelly 1 Plus had been installed to control the fan, I added a separate automation to turn on the relay, provided the light is turned on at a time when the extractor fan is allowed to run. This was added as a seperate automation because turning on the relay is a conditional action depending on the time of day and I couldn't find a way to add a conditional action to the existing ensuite_lights_on.yaml automation.

I also updated the "Esnuite - Lights Off" automation to turn off the fan:

When the lights are turned off, the automation will ensure that the relay is turned off immediately. The fan will then run for a few minutes on its built-in timer before turning off.

I've been using these automations for weeks now, and I'm delighted with the results.

I was surprised at home much kinder using low-level red lighting has been on my eyes when I first get up in the morning. It took a couple of attempts to get the brightness level just right – not bright enough that my eyes need to adjust and not too dark that I can't see what I'm doing.

The Innr bulbs are working out to be a great alternative to the official Hue Bulbs. They're cheaper than the Philips Hue bulbs, and they work just as well with the Hue app and Home Assistant as the official bulbs.

It took a bit of time to figure out that the webhook on the i3 wasn't going to work, and the MQTT was the way to go. However, it's been plain sailing ever since once I got over these minor teathing issues. 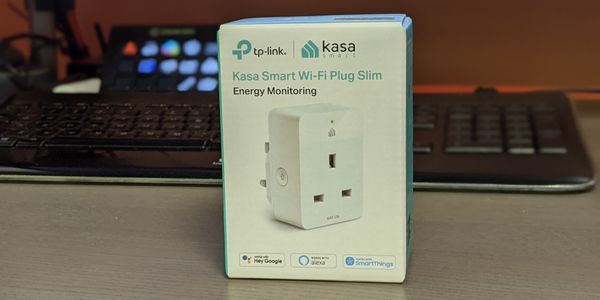 Have you ever wanted your washing machine or tumble dryer to tell you when it's finished by sending you a push notification? I know this sounds like a very first 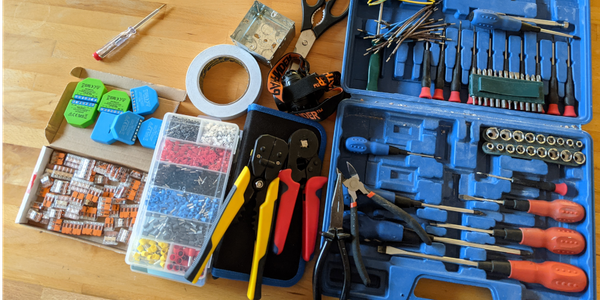 A few months ago I started on a home automation journey with a plan to integrate all of my existing smart devices into Home Assistant, and to continue making the